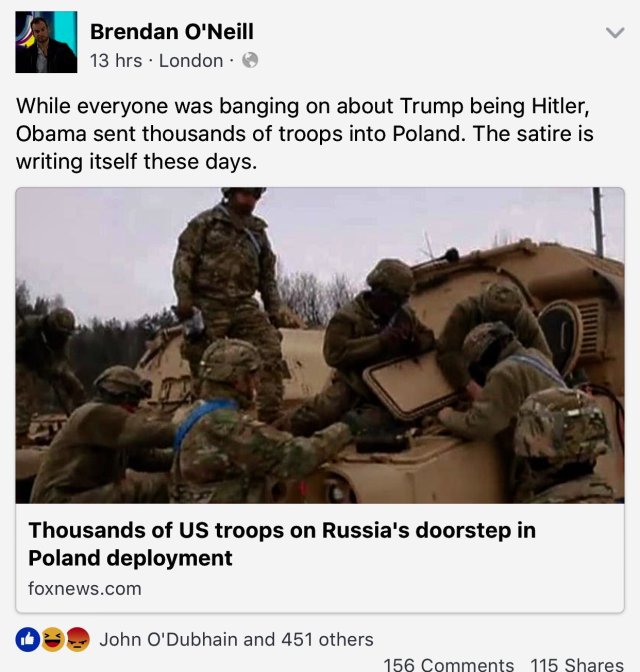 What is one to say about this ludicrous post? If O’Neill sincerely thinks that the Nazis invading Poland, killing millions of its people and razing its cities is equivalent to strengthening its army then he is unhinged. If he is attempting satire it is self-defeating. If, as I suspect, he is trying to court attention then it is a pathetic display of boorish self-indulgence. Desperate attempts to cast progressives as hypocritical – i.e. to criticise them for not being progressive enough – are a complete dead-end, as this monotonous yet everpresent libertarian unfailingly illustrates. Retweet it if you must but ask yourself why you’re doing that.

I am a writer of stories and poems - published by Every Day Fiction, The London Journal of Fiction, 365 Tomorrows and Det Poetiske Bureau - and a columnist for Quillette, Areo and Bombs & Dollars.
View all posts by bsixsmith →
This entry was posted in Media. Bookmark the permalink.